So I haven't propery touched the paints since the end of school. So that's about 15 years ago.

Along with my towering levels of admiration/love for Ralph McQuarrie and Syd Mead, I had long wanted to return to the traditional medium to attempt something similar. When Wayne Hagg released his Goauche tutorial, it finally gave me the kick in the butt to give it a go. I have 12 pages of A6 to fill and I may make it my mini project to have done by the end of the year.
Here are pics of my first ever attempt...
This is the final image scanned in. Generally happy but its an awkward reminder of the inexperienced me wanting to go too far with saturation. Hope to make the next one a little more 'earthy' and dulled down. 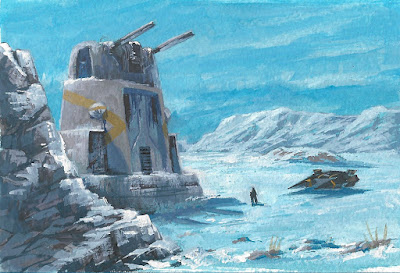 The small scale is typical of my attempts at traditional media and also not wanting to go so far astray on something over-sized that I feel out of my depth. 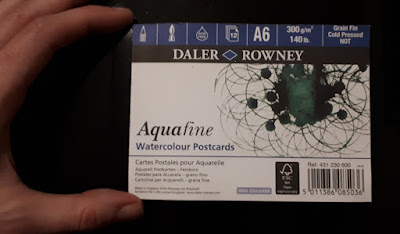 Often seen in behind the scene pics of McQuarrie and Meads work; a simple line drawing taped on top so I can keep in mind the original forms as I paint over the sketch. 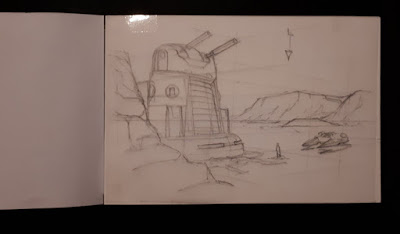 Always prefer a toned base colour. Get rid of that nasty white paper :) 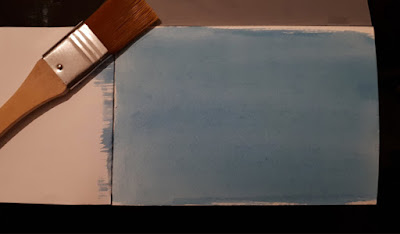 Working back to front so I can worry less about overspill 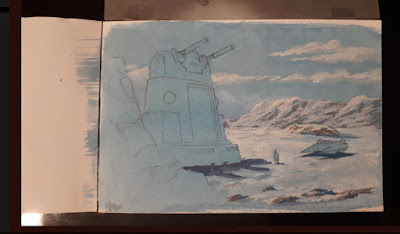 Nearly there. A contrasting vehicle for a focal point... 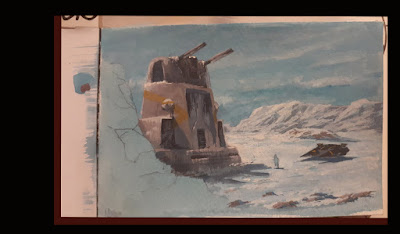 Posted by Mark Button Design at 04:12