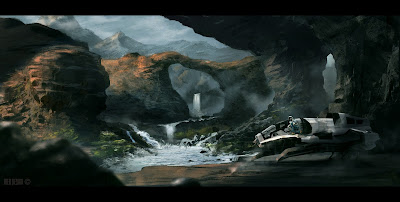 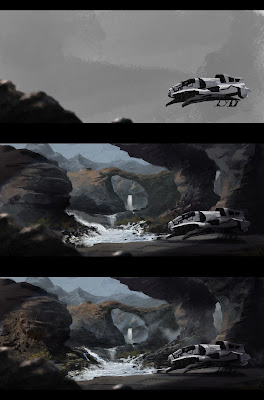 Posted by Mark Button Design at 16:25 No comments:

End of a very sad year as far as who we lost in the entertainment world. Easily more so than any previous year that held some value of importance to us (myself espeically).

But in the mean time here are my regular top and bottom 5 films of the year. Again this is based on the films I have seen that released in the UK from Jan 1st of this year.

5. Rogue One: A Star Wars Story
Happy to have a Star Wars film in my top5 at last. Much better second time around and better than Ep7. The last 20-30 mins are so satisfying and we wer promised somewhat of a war film which they delivered on quite nicely. Talk of CGI faces is mute at this point to me. My feeling is 'uncanny valley' will ans should always be something we recognise as human beings. It's built in to our DNA to spot irregularities in our species so at this point the best you can do is perfect mannerisms and performance rather than exacting the look of someone. There are 3-5 mins I'd cut in the first hour but its not too distracting from the overall story.

4. The Fundamentals of Caring
A film that's really by the numbers but 100% content/comforable as viewing material. A nice little road trip movie thats never overly laugh-out-loud but quietly fun.

3. Deadpool
Ryan Reynolds is spot on and I was so happy that a 5min joke (breaking the 4th wall) could succefully be stretched out in to 90mins. On top of that it wasn't a one hit wonder as Ive since rewatched it and it holds up on second viewing.

2. Kubo and the Two Strings
Beautifully animated and really well handled sentimentality leads to a delightful film with an emotional core. Great to see a theme/topic based on eastern philosophies going down so well in a western part of the world.

1. Arrival
In a mad world where Trump became boss and Independance Day: Resurgance has aliens come back to kick our asses, it was so nice to have a complex multi-layered story of communication/miss-communication of language, working together and furthering our existence. Utterly compelling without bombastic effects this was a real gem and very promising work from the director who's been put in charge of the Blade Runner sequel and possible Dune remake...


My honourable mention is Floyd Norman: An Animated Life. A lovely documentary on the life of one of Disney's first black animators. Of course he himself makes a point that race wasn't even a factor to him. He was just an artist looking for a job. That may give you an idea of how this doc is viewed. A man who first and foremost is a talent to behold but was situated in a time and place that was difficult to live in for certain populations of America.

My bottom 5 was a ixed bag of films that were bad, boring and generally disapointing rather than just out and out terrible...
5. Bastille Day (aka The Take)
4. Batman vs Superman: Dawn of Justice/Suicide Squad
3. Steve Aoki: I'll Sleep When I'm Dead
2. Sharknado 4: The Forth Awakens
1. Independance Day: Resurgance

Posted by Mark Button Design at 04:31 No comments: