So I originally really liked one of my Inktober doodles of a jeep type vehicle. Here it is below as a reminder...

First stop was to convert this vehicle into a 3D model. Dragged out some approximate lines to follow in SketchUp and started to knock the body together. Kept it at a relative scale incase detailing went as far as correct texture placement but ultimately (at this point in time) it hasn't gone that far. 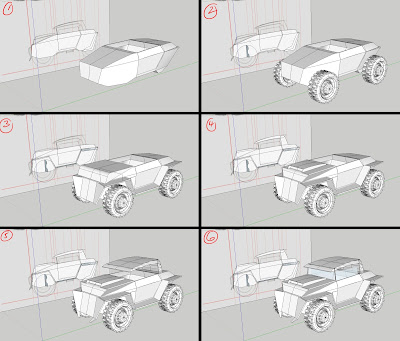 On previous models (X-Wing and Shirase Explorer) I used the opportunity to take my time and develop a model that was detailed further than it necessarily needed to be. It's been good practice in the past and helps me feel I could comfortably work on high end projects with this low-poly program. On this occasion the model only went as far as interior seats and hinged doors. The rest of the exterior was enough to work on top of post render. And as a bog standard output from Keyshot here is what it produced... 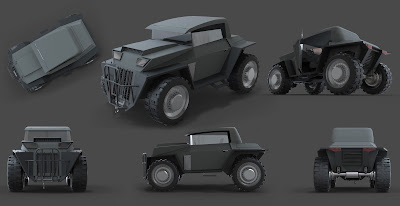 Now I could have, and still may do, take that rendered sheet and really work on it to a point that shows the finished concept but from here I wanted to throw it straight into an active scene so I set up a shot with other vehicles and rendered that out. Note the mid-air cars and bike. Something had to produce a smashy attack but until the last minute I really wasn't sure what it would be... 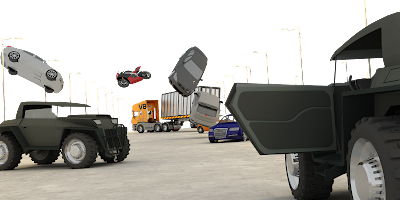 So I took that image which I rendered out with transparancy 'on' so that I could easily place buildings and sky in behind it and got to this final image. I always felt it was some form of military or police jeep but thought I'd put them up against something unusual. 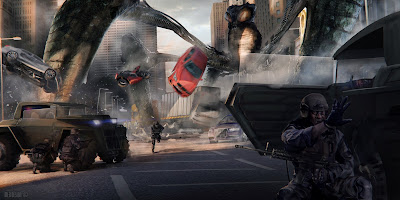 Posted by Mark Button Design at 06:44 No comments:

oh and another thing

Post #Inktober Ive put up all my sketches along with a big sketch dump of previously unseen stuff on my website. Designated to a 'sketch' page.
Enjoy them all HERE
Posted by Mark Button Design at 04:25 No comments:

So as some may know, Im a big fan of Nolan's Interstellar. Being a fan in this day and age usually leads to being able to display your fandom via merchandise but it is sadly lacking for this title (something I'm slightly surprised by given it's a WB/Paramount property. Batman/Star Trek anyone...).

And so through searching sites and general 'googling' of typical words I found a company by the name of Moebius Models that had managed to produce a scaled model of the Interstellar Ranger. A ship I happened to have been hoping would be on the merchandise list, it was great to see a company had taken on the creation of this vehicle at an affordable price and ideal scale for the average consumer to stick on a shelf somewhere.

It comes in at around 10 inches long at a 1:72 scale of what would be the real vehicle. I won't get in to the nitty gritty of the build (unless someone wants to read about it) but it was my first ever go at miniature model making and I have to say I loved the whole experience. I can totally get behind people who enjoy building airfix kits. The hidden movie maker inside me saw this as an experiment to build a mniature that could also be used to film with also so maybe I'll do something down the line short of blowing it up...

Here are a bunch of photos that show off some of the stages of the build. I took my sweet time with it as it could probably be built in a day but I took a month doing bits here and there on the weekends.
As it was a first build, I didnt attempt to make an interior like some pros on youtube, instead opting for painting a top down interior in photoshop and printing it out as a flat graphic. Also a mini TARS stands inside it :) 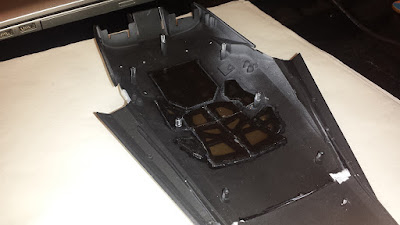 TOP PANELLING WITH SOME WEATHERING 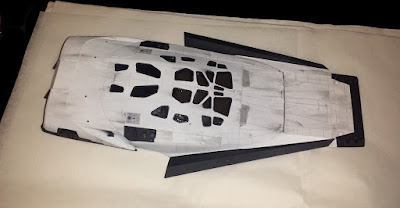 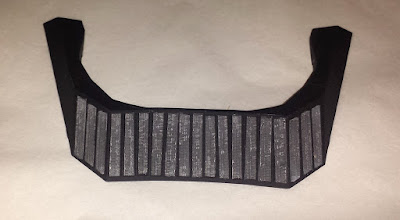 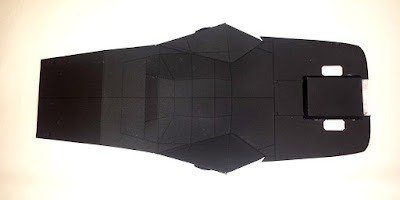 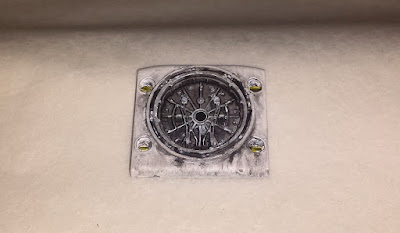 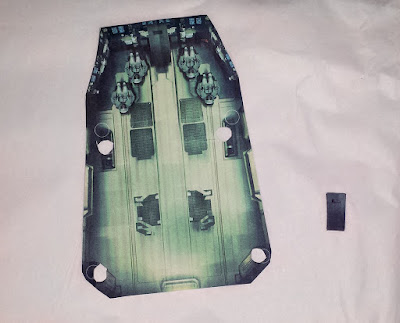 TARS AND INTERIOR FITTED ON BASE 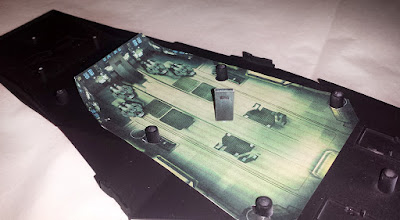 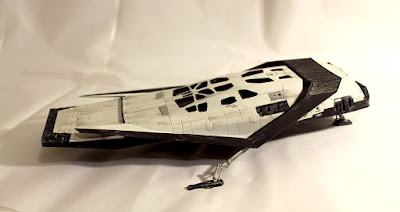 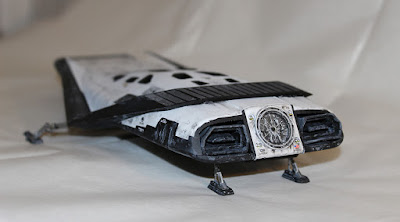 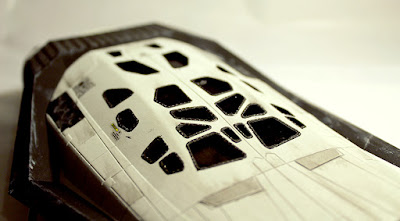 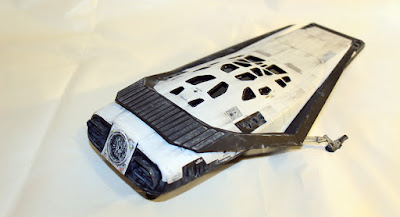 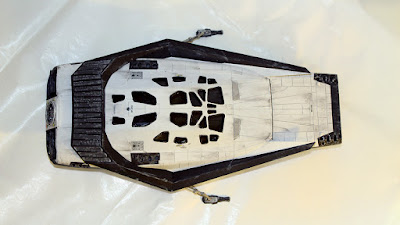 Posted by Mark Button Design at 04:25 No comments: