That time of year again! So, there were many titles I'd have like to have seen (happens every year, of course) and am guessing may have even made the list (Get Out perhaps? Girl with All the Gifts? Raw?). But alas, my top and bottom 5 are based on this year’s viewing habits.

5. Hacksaw Ridge
When people in power make mistakes, it's rare we let them forget about it in this modern age, let alone forgive them for it. I feel it's safe to say after the better part of a decade Mel Gibson made a deserved comeback with this film. Like him or not, the film itself is a very strong entertaining (if you can call war just that) tale based on the humbling truth of a soldier who didn't give up on his beliefs. Like a lot of war titles, it displays the best (and worst) in people. If you don't feel like doing 'the right thing' after its viewing, you have missed the point...

4. Baby Driver
We were promised speed, colour, action and lightning fast dialogue and for a first time experience it didn't fail to deliver. Subsequent viewings have yet to occur so I'm interested to see what life the film manages to take on past this year (if viewed more times, I may have placed this at no3). But for now, a vibrant original film with loving references to 70's car action has been a welcome distraction to the familiar OTT car-nage of the FATF series amongst other tentpole action films with too much bang for its buck. Enough talk has been made on its kinship with its soundtrack.

3. Logan
So, we got the Wolverine western we'd been asking for (apparently). A pretty fitting and respectable end to a character/actor many my age have grown up with. The noir edition is a nice touch for those interested. In time I feel my generation may look on this first 'wave' of superhero films the way older generations debate the best Bond era; typically championing the ones we grow up with. There may be better or 'more-like-the-comic' versions of Logan in the coming years but Jackman's portrayal will no doubt set a benchmark for the conflicted elements of a worn-out anti-hero that we, and certainly I, hold as one of my favourite of all fictional greats.

2. IT
The hype machine on this was selling the best thing in a long time in horror circles. Up front I cannot claim to be anything of a King fan or that of previous telling’s of the IT story so I entered this with no preconceived notions or expectation. I was all-round entertained, suitably chilled (never quite scared) and importantly left eager with the promise of a concluding part to this film. A tale more about youth, growing up and its fears and friendship then simply some bulbous headed clown killings. Great casting makes this film work.

1. War for the Planet of the Apes
This film was THE experience for me this year. The hope to enter that dark room and be taken on a journey for 2 hours that leaves you with something is always what I want from a cinema experience. This film managed that beautifully. Already a great admirer of 'Dawn' (less of 'Rise') the conclusion to this Cesar-arc was handled greatly by Matt Reeves who really has proven himself again and again with big budget film. A war film that brings to mind many a great title from Bridge on the River Kwai and The Great Escape to more harrowing moments that I can't help comparing to Saving Private Ryan and Schindler's List. Good company to be amongst no doubt...
I expect Dawn and War will be played often in my home over the coming years.

Honourable mentions go to Blade Runner 2049 and Life, two sci-fi's just shy of my top list. Also check out the documentaries called One of Us, which can be found on Netflix about the Hasidic Jewish community; and Five Came Back (also Netflix) about the pioneering directors of Hollywood who served during WWII.
The ultimate mention goes to Stranger Things season 2. If I wasn't so strict about my list being films, I'd have this as the no1 thing I watched this year. I feel I could write forever about the strengths of this show but for now all I say is this; in a time where spectacle is measured as being "epic!" and "awesome!", few things are ever "wholly satisfying", and Stranger Things is satisfying as f**k!

My bottom 5 in no real order or importance because nothing here is overly harmful. In fact, this year’s post really doesn't warrant a bottom list as I didn't see anything that was painful enough to call rubbish

5. Pirates of the Caribbean: Salazar's Revenge
4. The Babysitter
3. Death Note (Netflix)
2. Beauty and the Beast
1. Ghost in the Shell

Posted by Mark Button Design at 06:51 No comments:

Last design work of the year I imagine. More for my personal project "XPL0R3". Interiors for observation deck and main bridge will follow (at some point...). It's been a huge build. #sketchup #keyshot #photoshop Happy 2018! 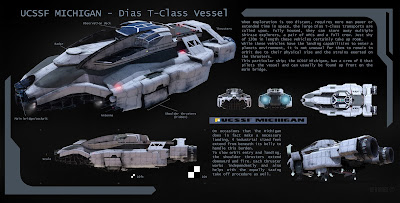 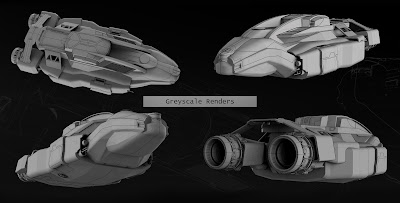 Check it out on a full sreen here
Posted by Mark Button Design at 04:38 No comments: